Everything around the topic of wood

Welcome to the blog of Carl Gluud GmbH. Here we inform you about the latest news from the timber market and offer you interesting insights into our everyday work at a traditional company from Bremen.

You can look forward to exciting articles on the subject of wood. 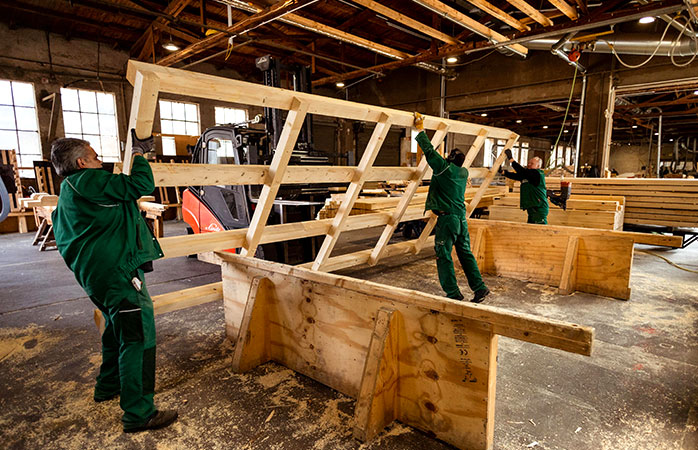 Roundwood remains scarce, availability difficult. In our opinion, roundwood prices will continue to rise. It is currently not foreseeable whether the industry will use these price increases for its own price increases or allow them to be absorbed into the current price level. As not all regions have the same security of supply, different availabilities and prices will become apparent.

America will continue to import large quantities of wood from the EU. The reasons for this are the renewed increase in punitive tariffs against Canada and the government investments that have only just begun. The random length has fallen sharply recently. Currently, the random length lumber is only around 750 USD / bft and is unsettling many market participants. This is also triggered by the headlines in the media. On the other hand, we assume that the effects of the fallen prices will only be felt on the market in the medium term (3 to 6 months), as new contracts have been concluded.

The Chinese customs administration has objected to 113 shipments originating from Germany. The reason was live insect pests. Non-compliance with import regulations endangers log exports to China, and this could affect not only log exports of spruce but also those of beech and oak.

Full warehouses in trade and commerce

Since the beginning of June, full warehouses at craft and trade businesses have led to a decline in demand. In addition, some craft enterprises are sending their employees on summer holiday. The summer holidays have also started in some federal states, so we expect a somewhat longer summer slump. The consequences: Industry inventories are thus slowly being built up for individual assortments. Today, we rather expect a sideways movement; depending on the capacity utilisation situation, it may also happen that industry partners will lower prices.

At the end of June, the sawmill operators all spoke of a good business situation, stable roundwood supply, slightly increasing cuttings as well as a moderate increase in incoming orders and order backlogs, but also of long delivery times and many overtime hours.

Gerd Ebner, the editor-in-chief of Holzkurier, spoke in a web lecture on 1 July about another dramatic drought and a heavy beetle infestation in the German regions of Harz and Sauerland. In July, he said, it will be decided what quantities of damaged wood will be produced. There is a chance that the forests will recover, but the weather has to play along. The price increase could be over – Ebner also said this in his lecture. The first suppliers have currently withdrawn price increases and reduced delivery times, he said. “Four-digit prices are over,” he emphasised. Nevertheless, Ebner believes that the current price drop in the USA will not be substantial. The slump is rather due to two home-made factors – the poker between producers and trade and the considerable problems in logistics. The timber is lying in the ports and cannot be transported away. Ebner therefore expects prices to rise again because the demand for houses in the USA remains very high. In summary, he assessed the timber market in the DACH region as the most overheated, but at the same time also the most dynamic in terms of investments in the timber industry.